International Tribute to Foreigner and Lou Gramm perform all the hits from American/British supergroup, Foreigner.  They also perform hits from Foreigner's original lead singer, Lou Gramm, from when he decided to leave the band to pursue a solo career. At any given Jukebox Heroes show, you will experience monster songs that were hits worldwide, such as "Hot Blooded", "Cold As Ice",  "Waiting For A Girl Like You", "Urgent", "Juke Box Hero", and, of course, one of the most popular love ballads of all time, "I Want To Know What Love Is".

The music of Foreigner has long been a staple on North American rock radio stations; most notably in Canada.  Having many fans in Canada's largest city and the capital of Ontario, it is no surprise Jukebox Hero: The Musical made its North American premier in Toronto. Ever since its debut on February 20th, 2019, there has been much interest in Jukebox Heroes: International Tribute to Foreigner + Lou Gramm.  Based in Toronto, this tribute show has performed on stages all across North America.

From New York to Chicago, Detroit to Ottawa, Akron to New Orleans, thousands of fans have experienced the magnificent power and presence Jukebox Heroes: International Tribute to Foreigner + Lou Gramm brings to the stage!  Whether its involved in a group sing-along or clapping to the beat, the band gets the audience participating so that they become part of the show itself!

Jukebox Heroes: International Tribute to Foreigner + Lou Gramm looks and sounds like Foreigner and Lou Gramm the way they were in their heyday in the 70s and 80s!  Every show is a live music experience fans will never forget and keep coming back for more! 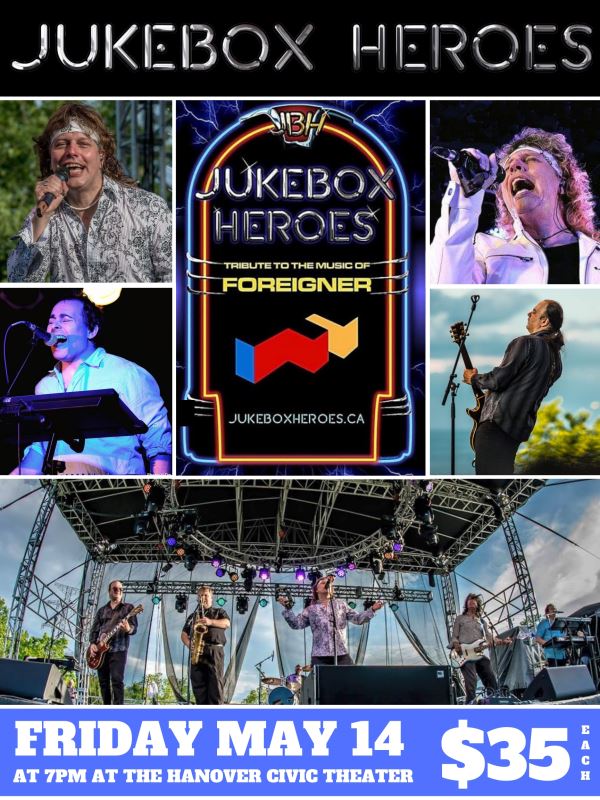