“World’s most authentic tribute to Supertramp.  Near identical vocal similarity to Roger Hodgson and Rick Davies.  8-piece band featuring live clarinet, sax, flute, trombone and vintage keys (Wurlitzer).  A true ‘show’ featuring costume changes and film projection behind the band.  Performing the album ‘Crime of the Century’ in its entirety, plus all of Supertramp’s biggest hits.

That was seriously one of the best concerts I’ve seen in ages. Incredible talent and passion from all. What a collaboration of artists. Please pass on the praise. I think you do Supertramp better than they could pull it off.”

“The band not only delivered a carbon copy musical replica of the record (CRIME OF THE CENTURY), but they floored us with their vocal mimicry of Davies and Hodgson.”

“The musical voyage the band took us on was of the highest order and they go down as one of the best tribute bands we have ever seen.”

“A surreal Supertramp experience that is a triumphant delight to rock fans of all generations.”
– Terry Makedon, T-Mak World: Toronto’s Site for Music, Movies and Culture 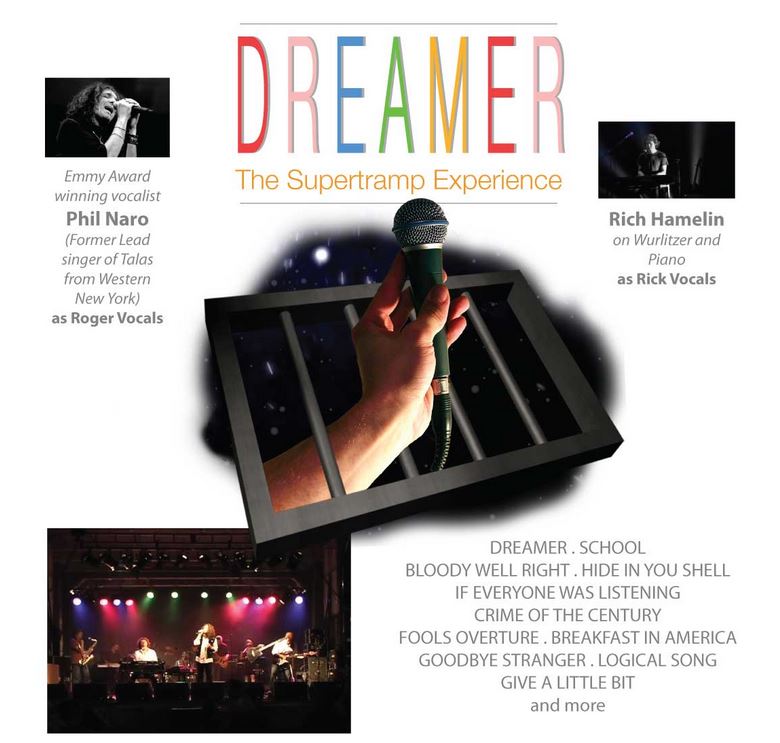