Bad to the Bone

An Evening with George Thorogood & The Destroyers 2023 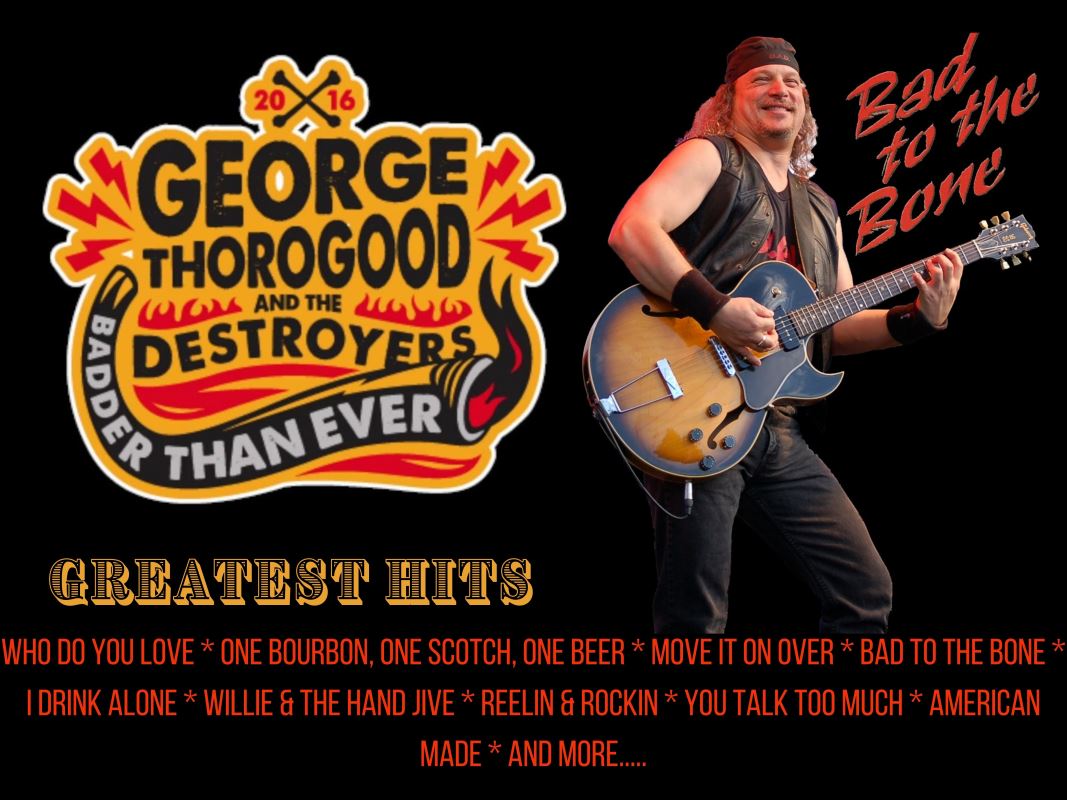 Bad to the Bone was established in January 1994. The show, created by and featuring Gator James, has dazzled audiences all over North America. Having played numerous festivals, arenas, clubs and special events. Last year Bad to the Bone flew to Regina, Saskatchewan to headline the first Show and Shine event for the Easy Riders of Saskatchewan. The event attracted a huge audience from all over Western Canada as well as parts of the US and was a great success.

Bad to the Bone, the Official B.A.D. RIDE Band, as named by the B.A.D. Ride committee, has headlined the annual events held at the Canadian National Exhibition grounds since the year 2000. Gator James has been rocking audiences for many years and has grown his fan base with every show. His tone, style, sense of humour and imagination captivate the audience and keep them wanting more.

The self taught Gator James, started performing in front of audiences at the tender age of 12 and has since played with many great musicians. He has shared the stage with members of: April Wine, David Wilcox, Kim Mitchell, Lighthouse, Downchild Blues Band, Ian Thomas Band, The Killer Dwarfs, to name just a few.

Who Do You Love
Born To Be Bad
If You Don’t Start Drinking
Night Time
Get Back Into Rockin
Treat Her Right
Long Gone
Gearjammer
Howlin For My Baby
You Talk Too much
Cocaine Blues
Handjive
Bad To The Bone
Rockin My Life Away
Get A Haircut
Move It On Over
Ride On Josephine
No Particular Place To Go
What A Price
One Bourbon, One Scotch , One Beer
I Drink Alone
Maddison Blues
The Sky Is Cryin
Reelin And Rockin